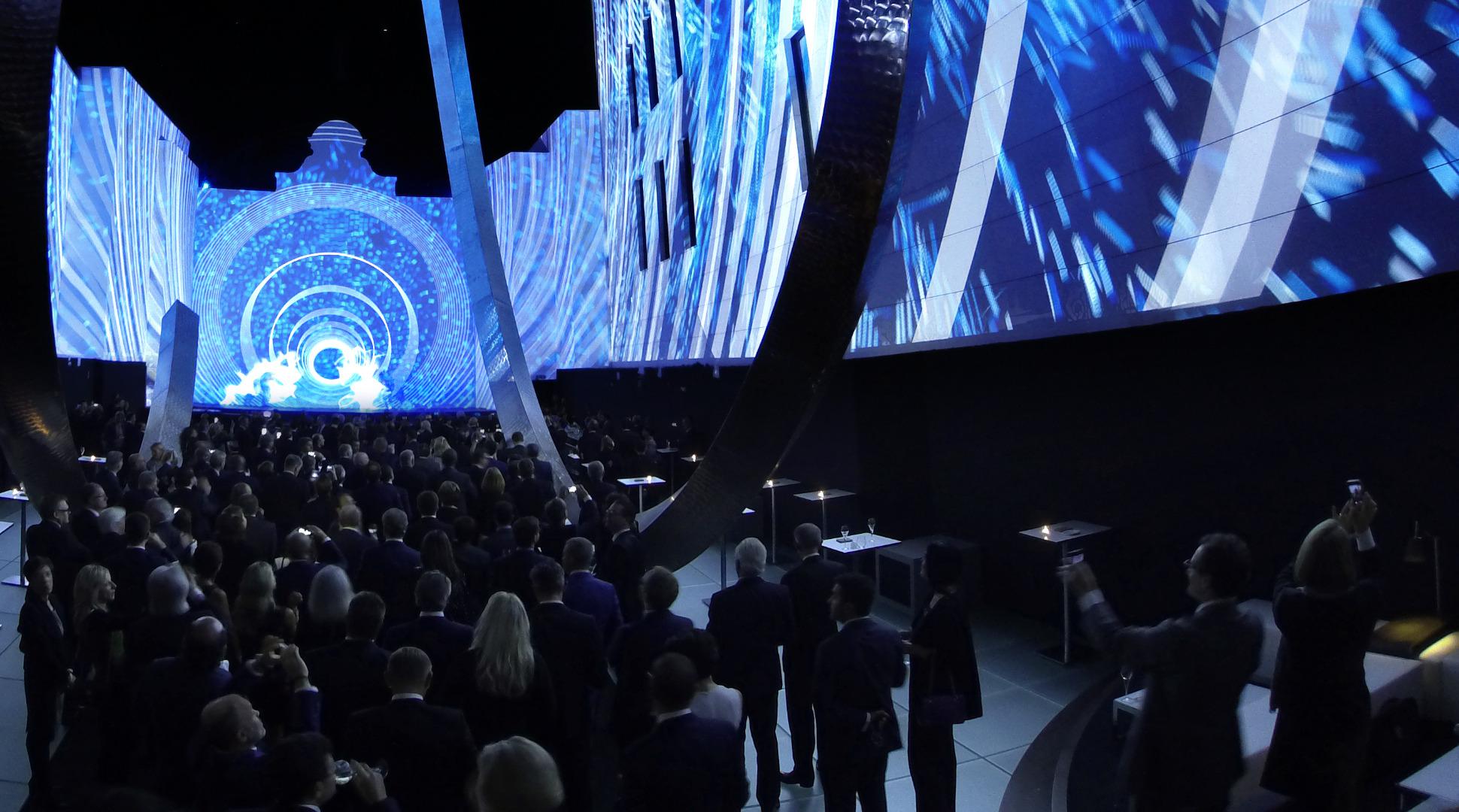 In October 2014, a famous Swiss company of fine watchmaking celebrated its 175th anniversary. For this historic celebration, we created a huge video mapping at the Geneva manufacture of the brand in order to recount its story that began with the meeting between the founder of the company and a French horologist in 1844 at the universal exposition of Paris. This spectacle involved 18.000 x 3.500 pixels, 24 video projectors, the whole accompanied by an artistic and interactive human performance, proposed in front of the brand’s most prestigious clients.

On this occasion, the firm unveiled a 175th limited edition commemorative watches collection and a dedicated 175th Rare Handcrafts timepieces collection.
To insure a high quality performance, the pre production work of this project was prodigious.

We made ahead of the project a work of investigation in order to gather information and we based ourselves on archive images to accurately recreate the old cities of Geneva, New York and Paris as they were in the 19th century.  We also made a work in a studio in order to design characters in shadow puppets dressed with historical outfits that came to adorn the decors.