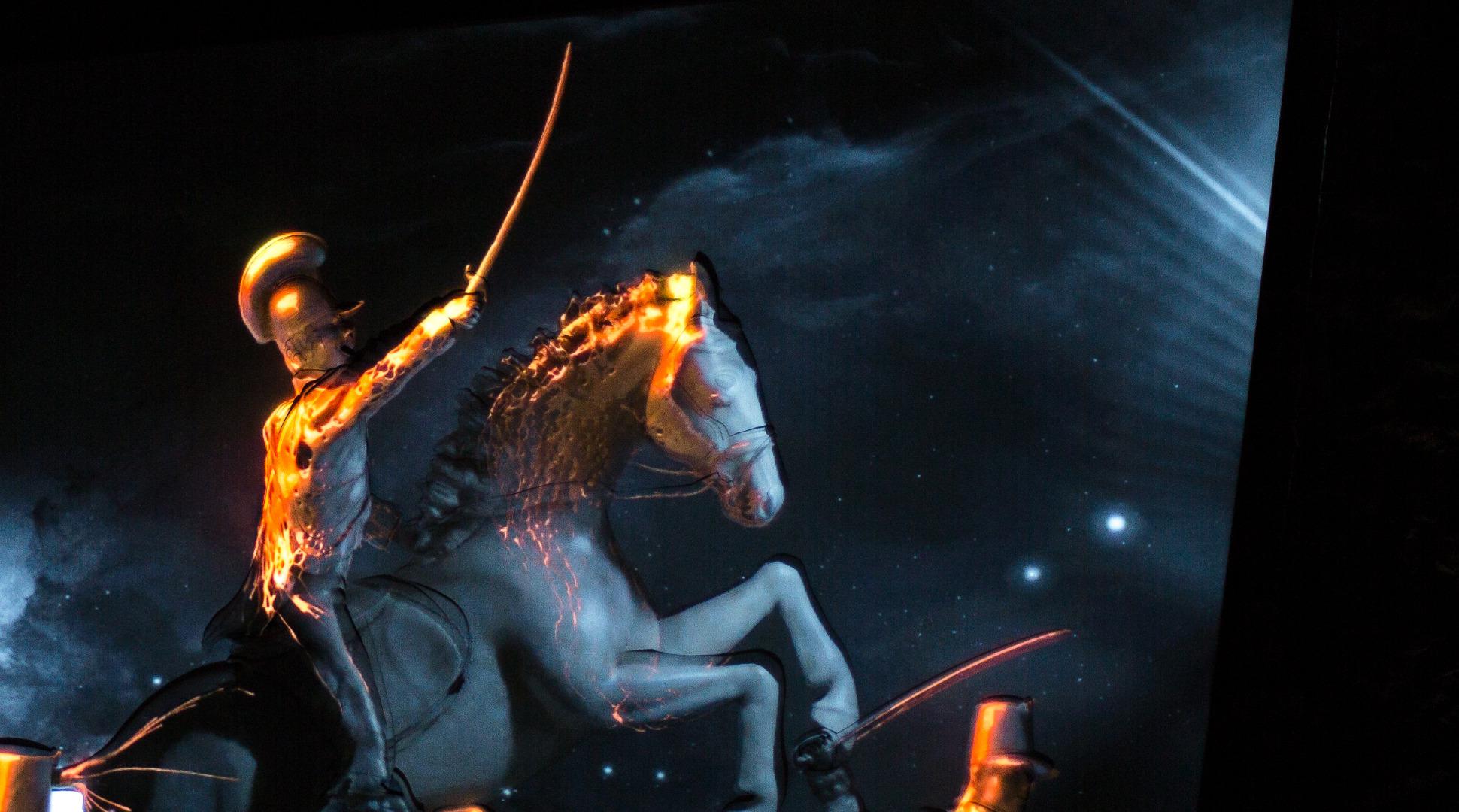 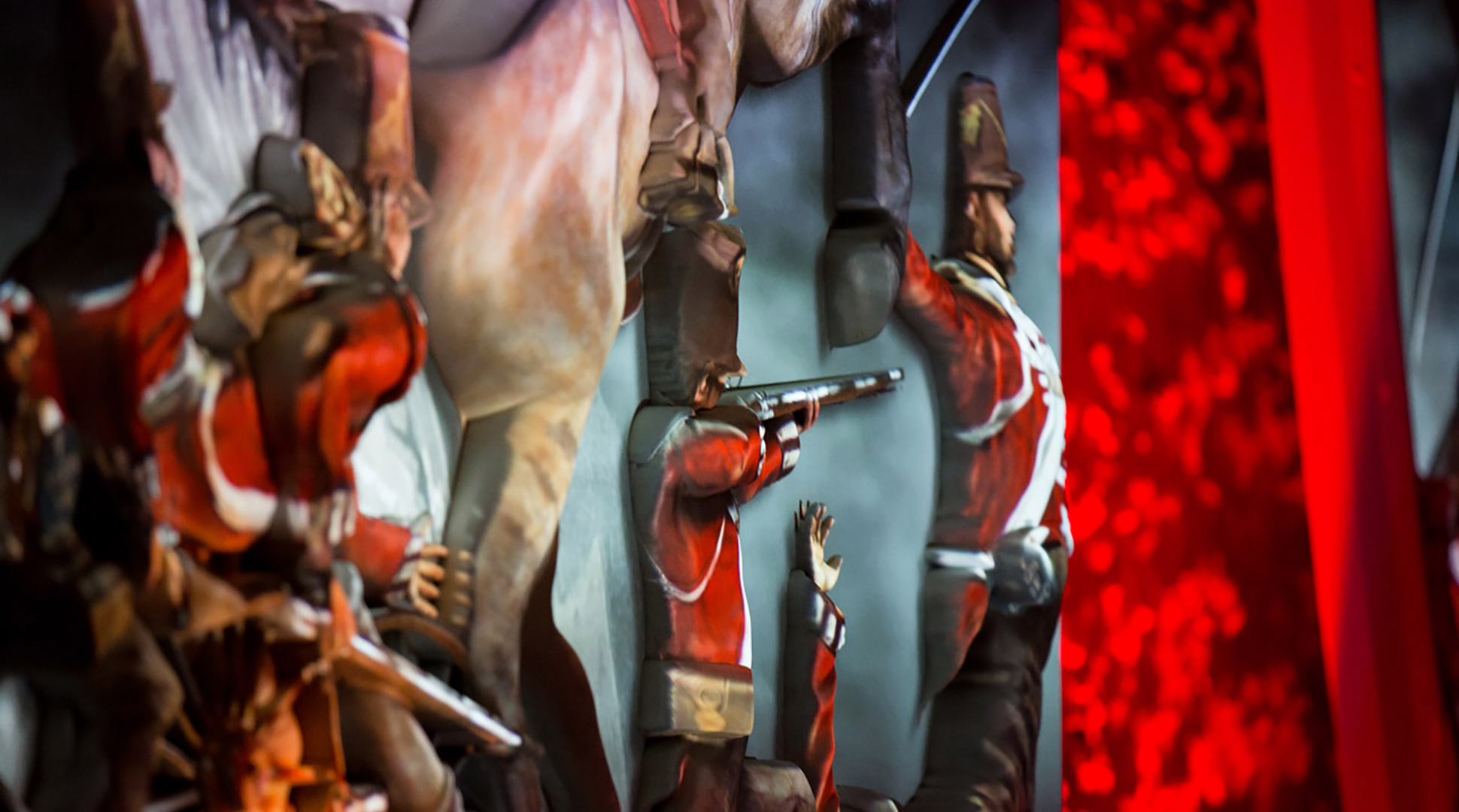 The Hougoumont Farm, strategic point of the battle of Waterloo, was renovated and inaugurated during the commemoration of the Bicentenary. Among the present persons on this occasion, there were The Prince Charles but also the descendants of the main characters of this conflict: Napoleon, Wellington and Blücher.

In order to propose a new permanent audiovisual space inside the farm, we created and designed a mobile structure made with animated mechanical screens including bas-relief (drawed by us in 3D) with the aim of making there a video mapping projection illustrating the reality of the battle around this historic place. We worked with historians in order to make sure to provide a faithful reproduction.

In this context, we produced audiovisual content making ahead of the project a cinema shooting filmed in 5000 images per second in a studio.  We made a casting of actors passionate by this battle, but we also rented true costumes of this era, brought horses on shooting locations and resorted to make-up artists to reproduce injuries that were common in wartime.