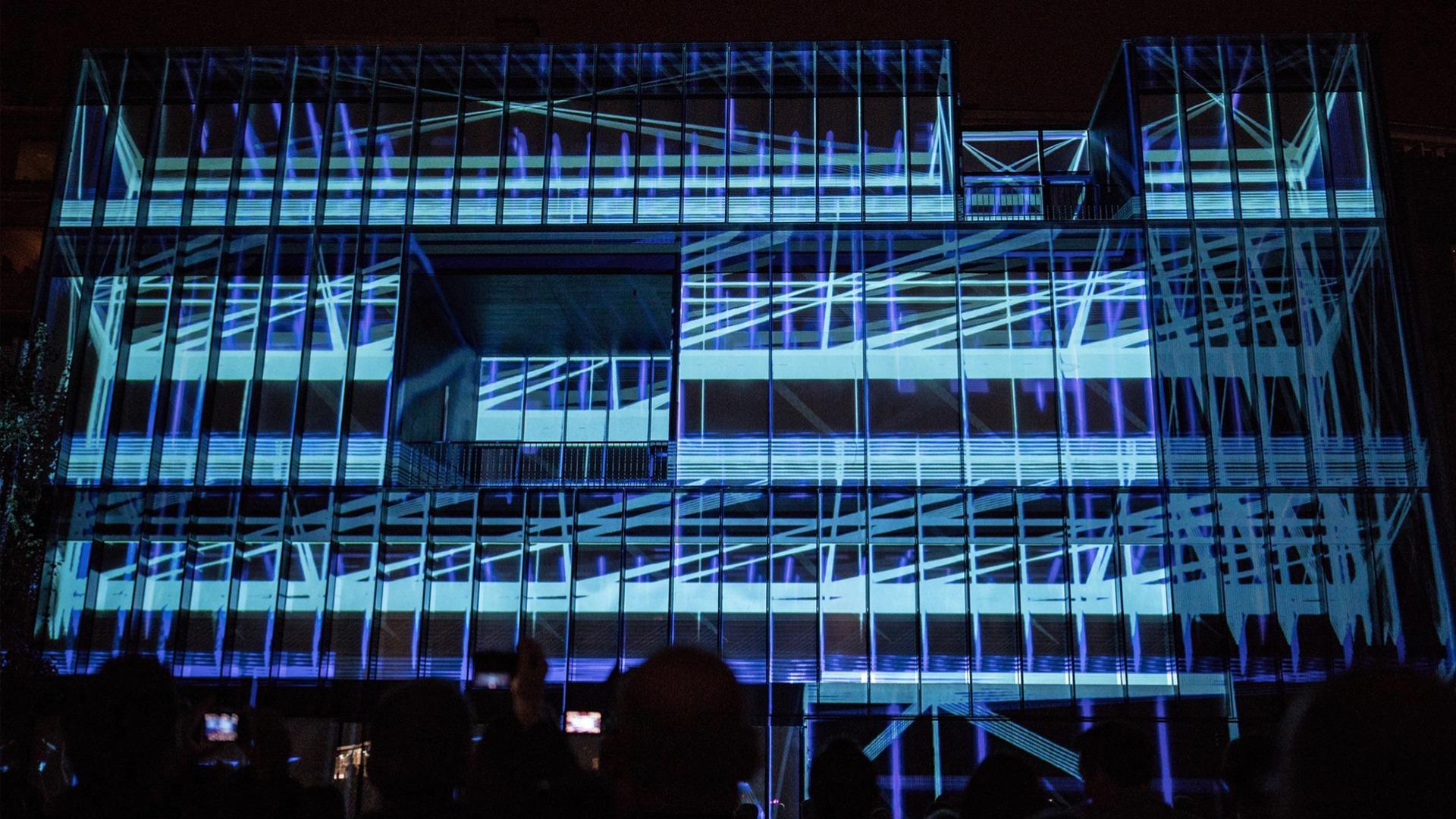 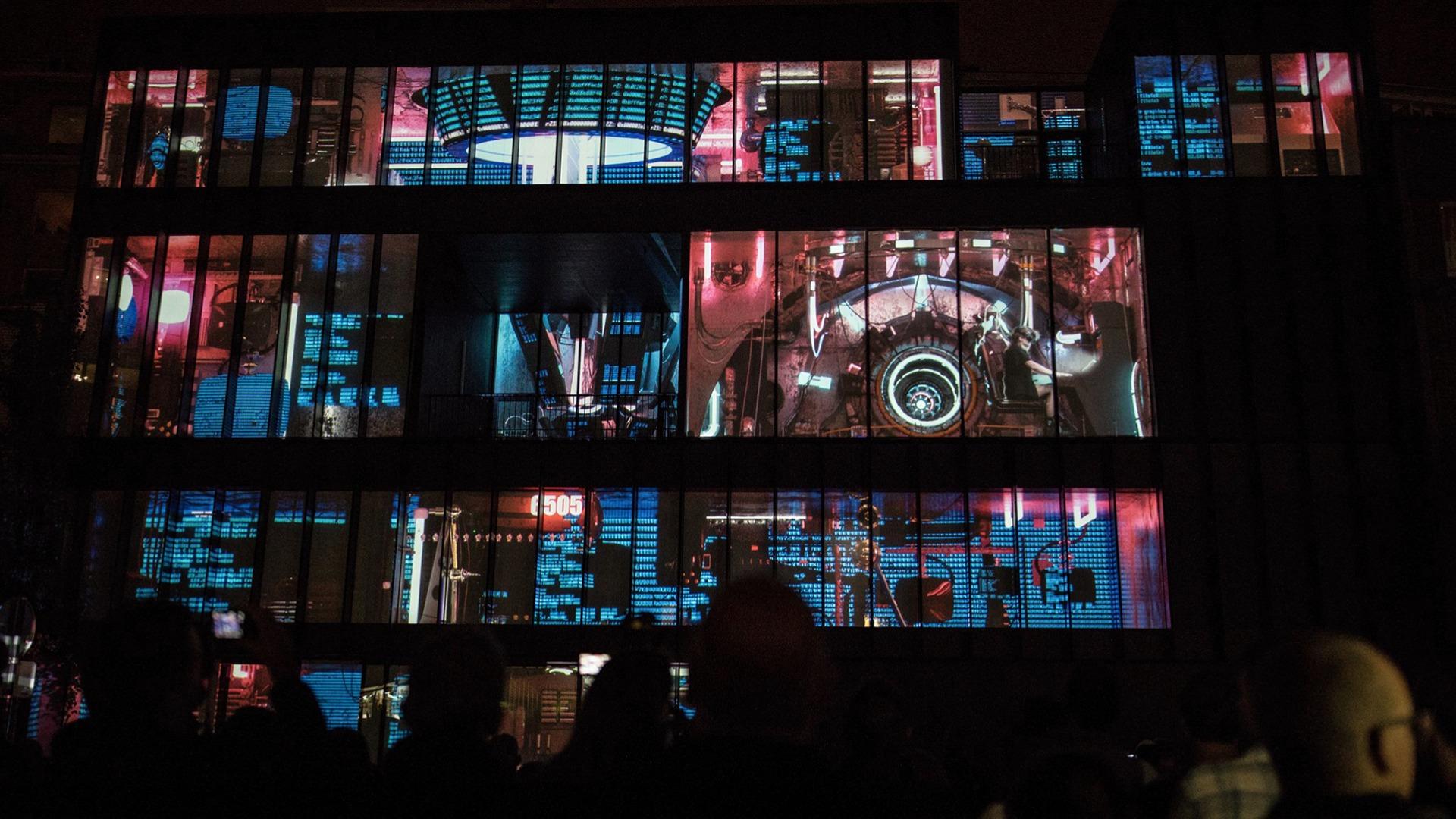 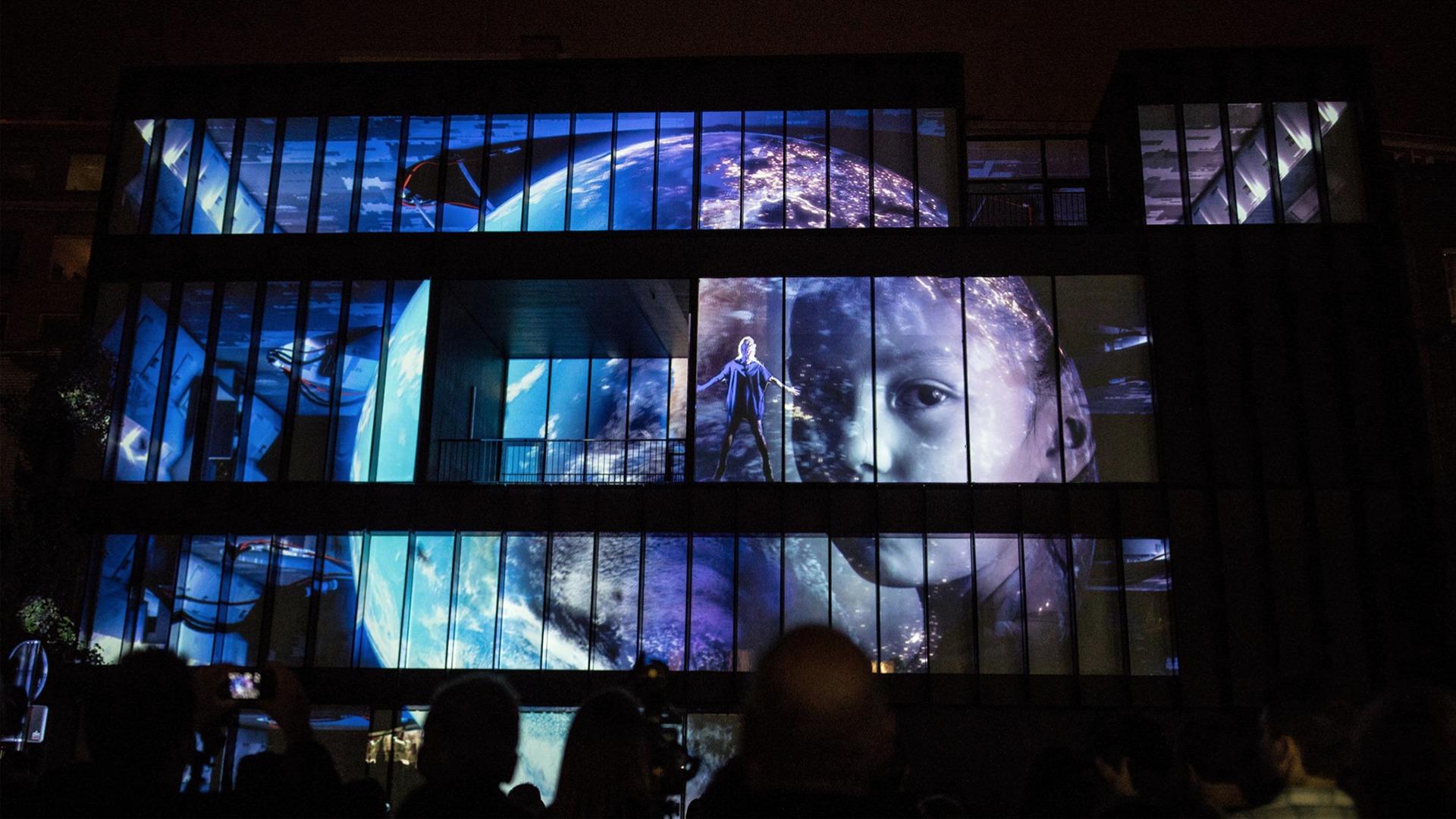 The new of carolo audiovisual media division Médiasambre, that houses now the qui RTBF and Télésambre teams, was inaugurated during a festive weekend on September 1, 2 and 3.

The inauguration of this building located place de la digue in Charleroi represented a very intensive programme with a special tv show, open day and guided tours, speeches, activities and concerts with a special show of Kid Noize that marked his arrival with a zeppelin.

The mission of Dirty Monitor during this festive weekend : to propose during two consecutive evenings an original 15-minute mapping show with a self referential theme by projecting precisely on this media building television images. Our will was to propose the exploration of a futurist post-apocalyptic world through a rebel character while remaining in the Dirty Monitor universe. We put the emphasis among others on the strength and the influence of the media that could captivate the population while adding a nod to the cult and iconic places of Charleroi. Shootings including Green Key as well as a selection work of images in collaboration with RTBF and Télésambre were necessary to complete the project successfully.

This event was a great success with several thousand people came to enjoy the festivities organized within the framework of this inauguration.