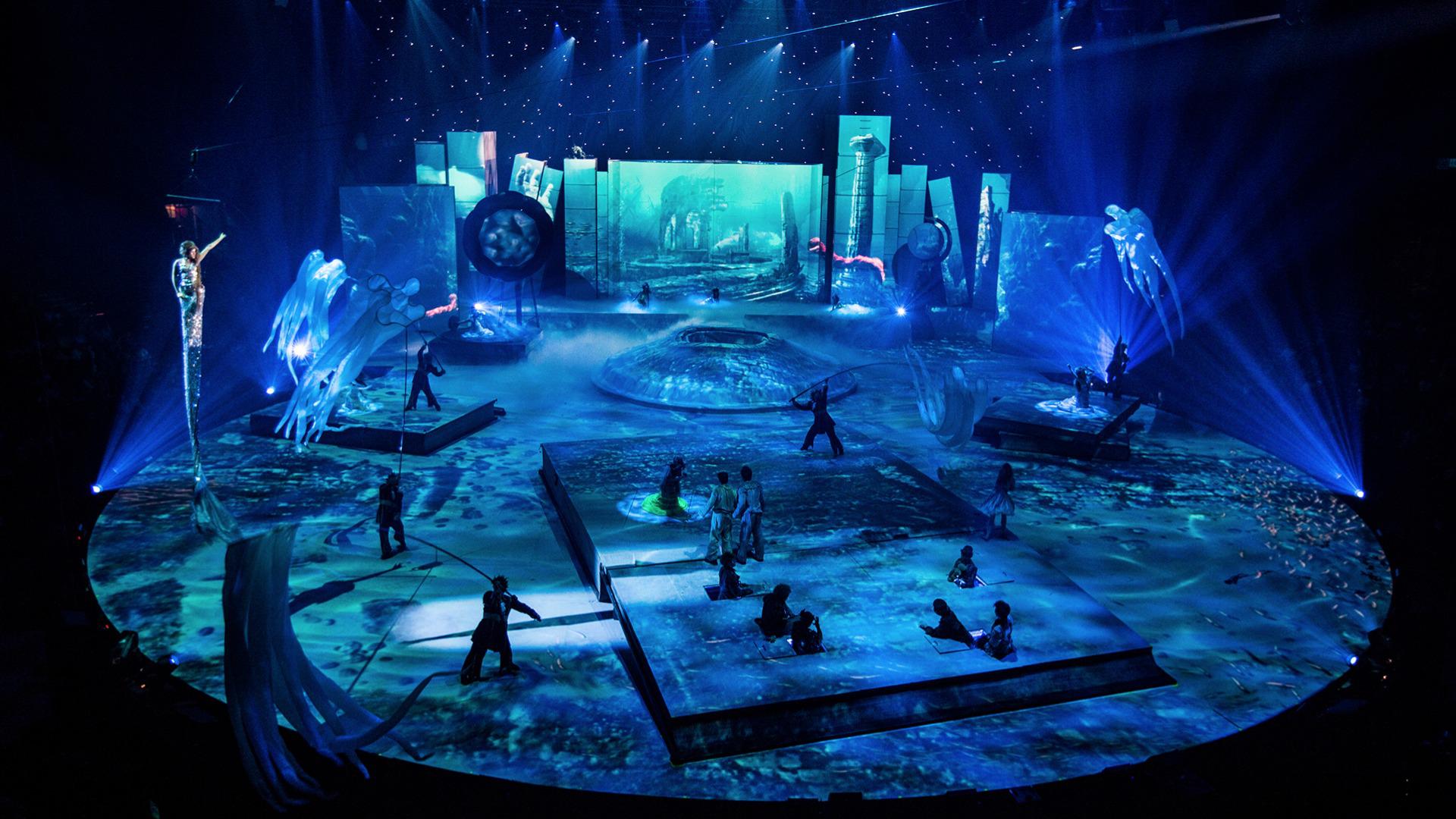 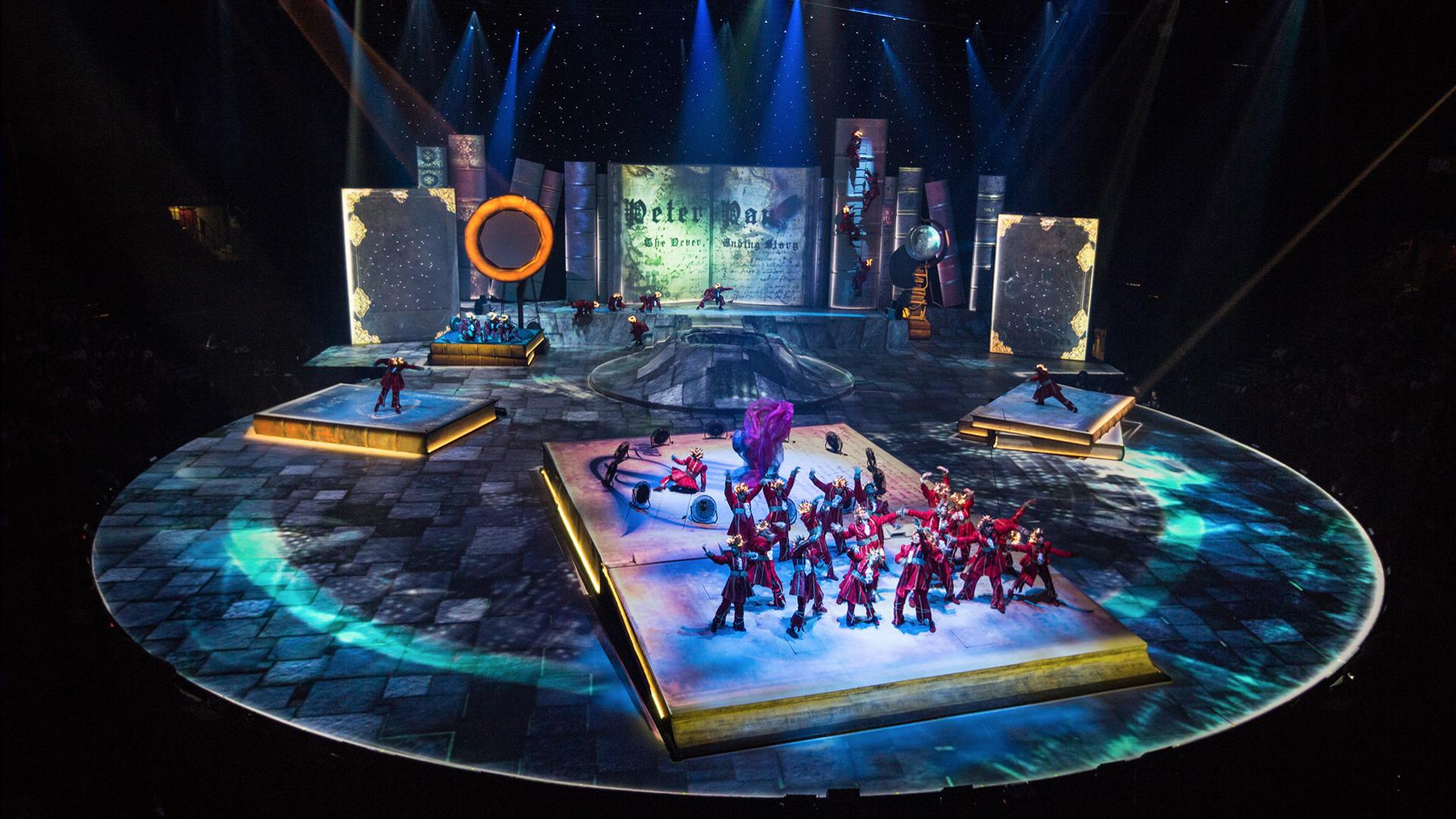 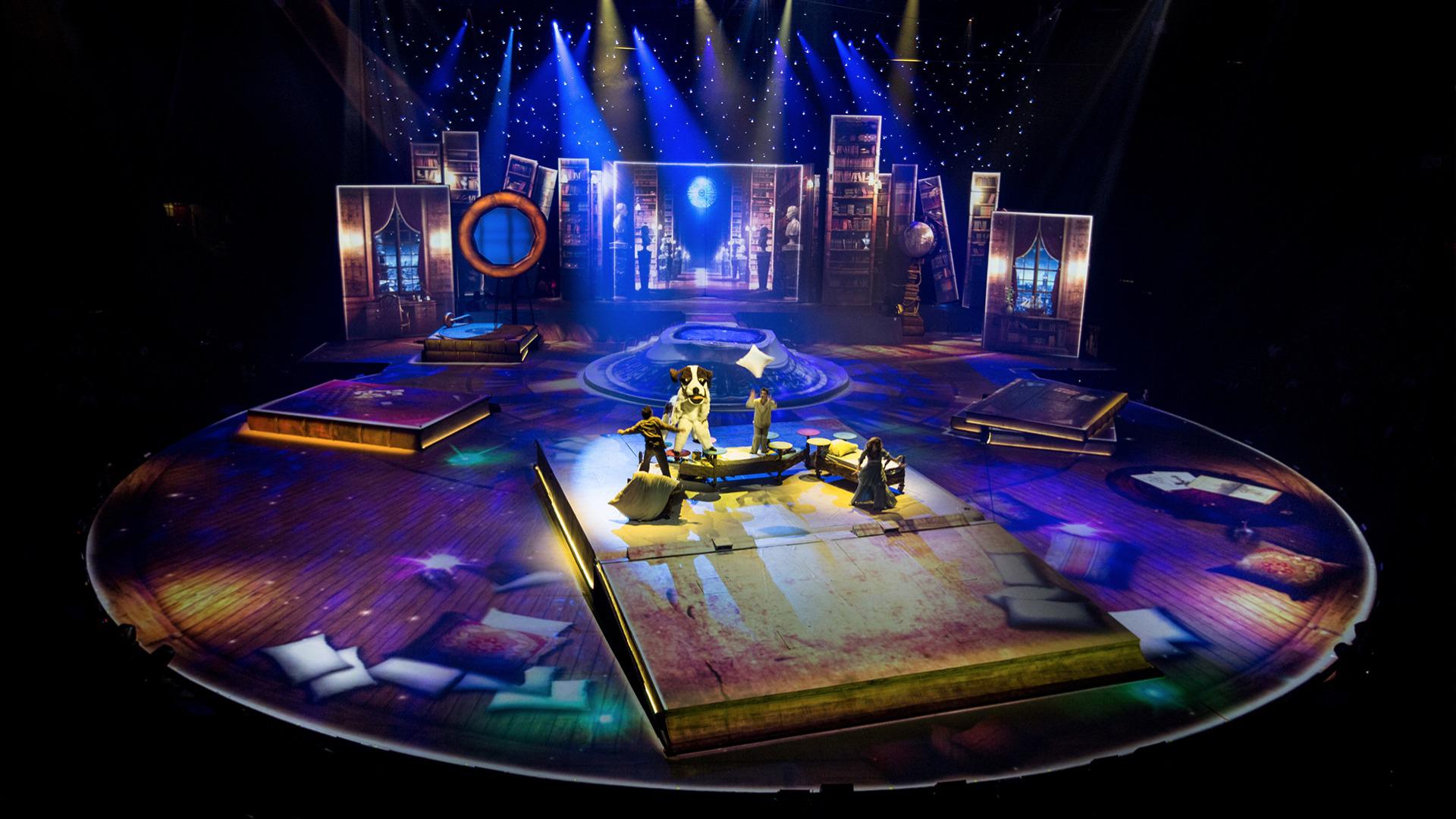 Peter Pan “The Never Ending Story” is more than a musical with the amazing and majestic 3D staging we created.

Our video performance allows actors and singers to play live in a fantastic universe in constant motion.

Our video content is projected  on the set in order to interact with the fifty present artists but also on a structure located in the background, the whole for a colossal projection surface of 1600m2.

We propose twenty paintings  that represent enchanting ang magical décors in perpetual mutation including Wendy's bedroom, Captain Hook's ship, the imaginary world, the pirats cave... We also make a multitude of 3D animations as the scene throughout Peter Pan plays with his shadow, or the décor that collapses when he hits the wall, or else the moment in which the crocodile chases the characters that try to escape.

As for a technical point of view this project represented a real challenge, because we had to increase the number of pixels usually used to ensure the video was re-shared on the entire stage by means of 17 projectors.

This show invites the public to board for the imaginary country of this little boy that didn't want to grow up for a magical trip of 2 hours and half where videos, light effects, song, comedy, stunts and danse exist side by side.

Following the first performances that took place in the concert hall of Forest National in Brusels, the spectacle left Belgium to go for a world tour.