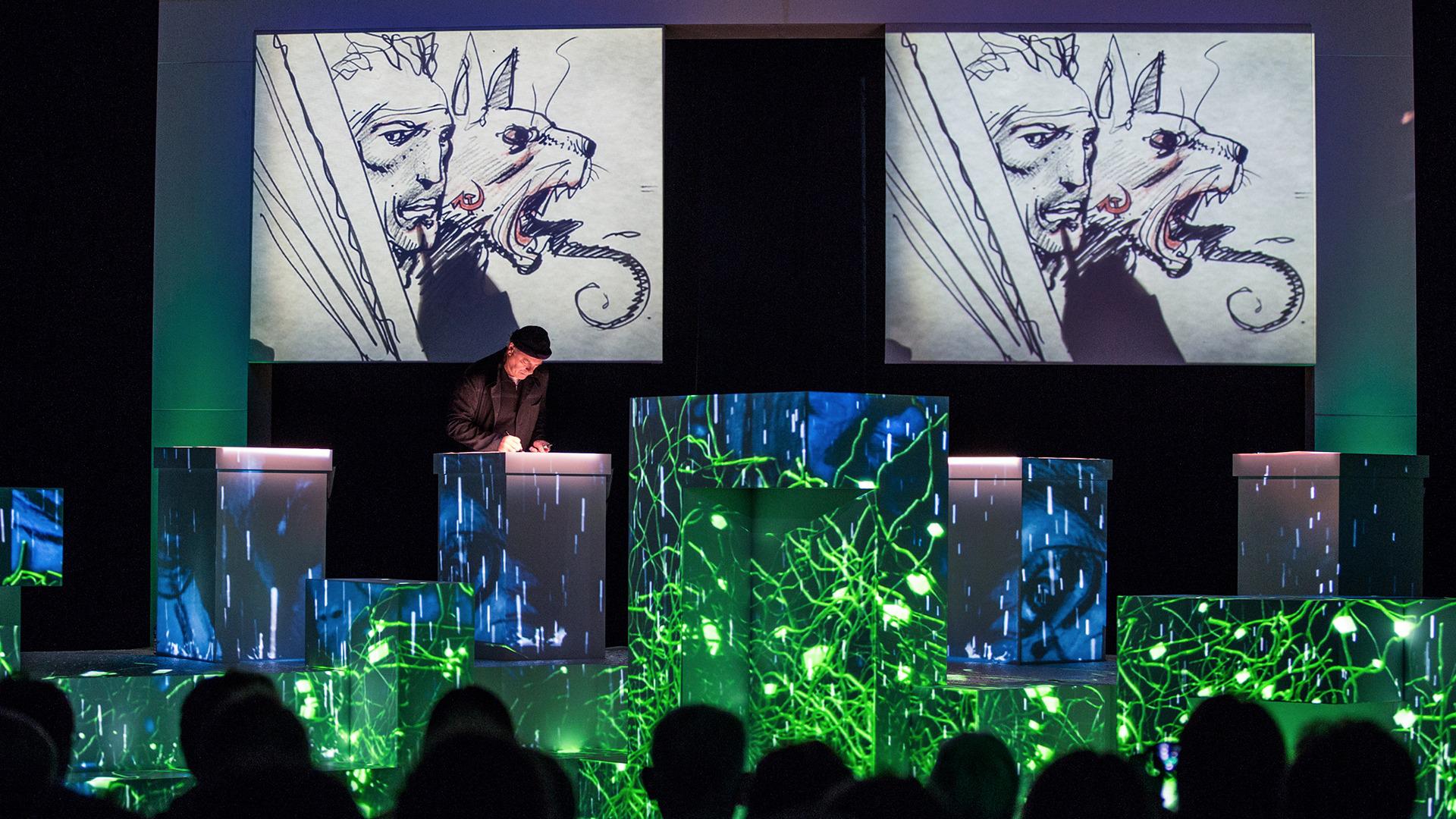 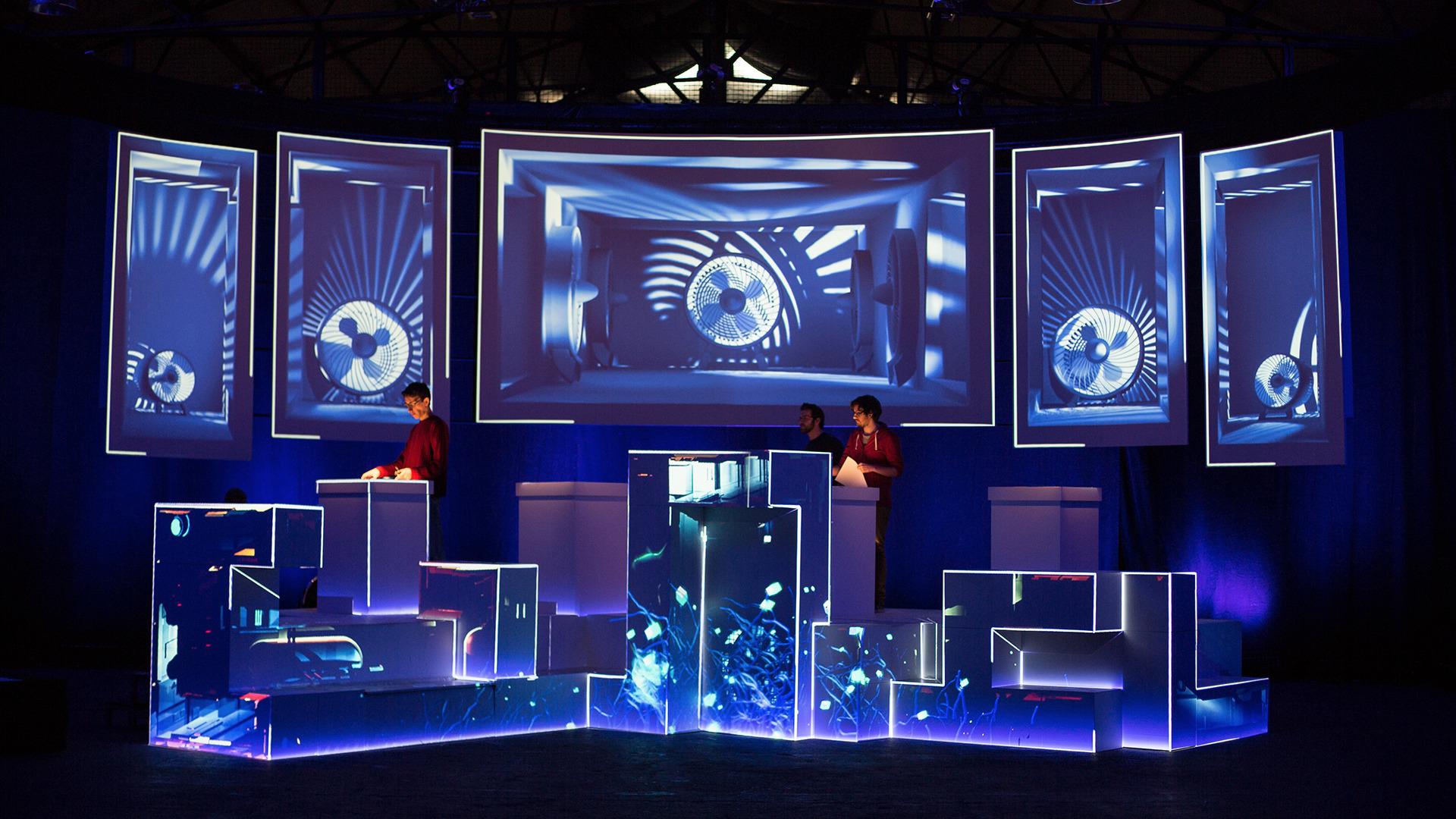 We contributed to the creation of an innovating and unique multimedia setting for a major cultural event of international reputation that takes place every year on the site of Tour & Taxis in Belgium : the Brussels Book Fair.

The Imaginarium is a space dedicated to comic strip world where we propose a full immersion of the public in a numeric and multimedia universe. An interactive mutlimedia corridor leads tu public to « The City », a tailor-made structure we created constitued of an assembly of cubes that form the stage. Two of theses cubes shelter backlit boxes that contain cameras. In addition, we place 3 screens in background.

The principle is to achieve a signing session throughout which famous authors of comic strips draw live on backlit boxes in order to be able to propose camera feedbacks on screens placed behind the scene.

This particular configuration allows to create a kind of black box where we invite the audience to enter, in order to immerse it in the heart of the event. It may attend the live creation of drawings via screens the whole in different atmospheres we propose  by turns adapting our video content , that is mapped on the cubic structure, depending on the author present on the stage.

Between these sessions it was possible to discover a set based on experimental machines, organic elements and other elements on the music of DJ Karl M.

Project drawn and orchestrated by Fabrizio Borrini, artist and author of comic strips, in collaboration with Roberto Cassol, interior designer and cartoonist at the Brussels Book Fair. 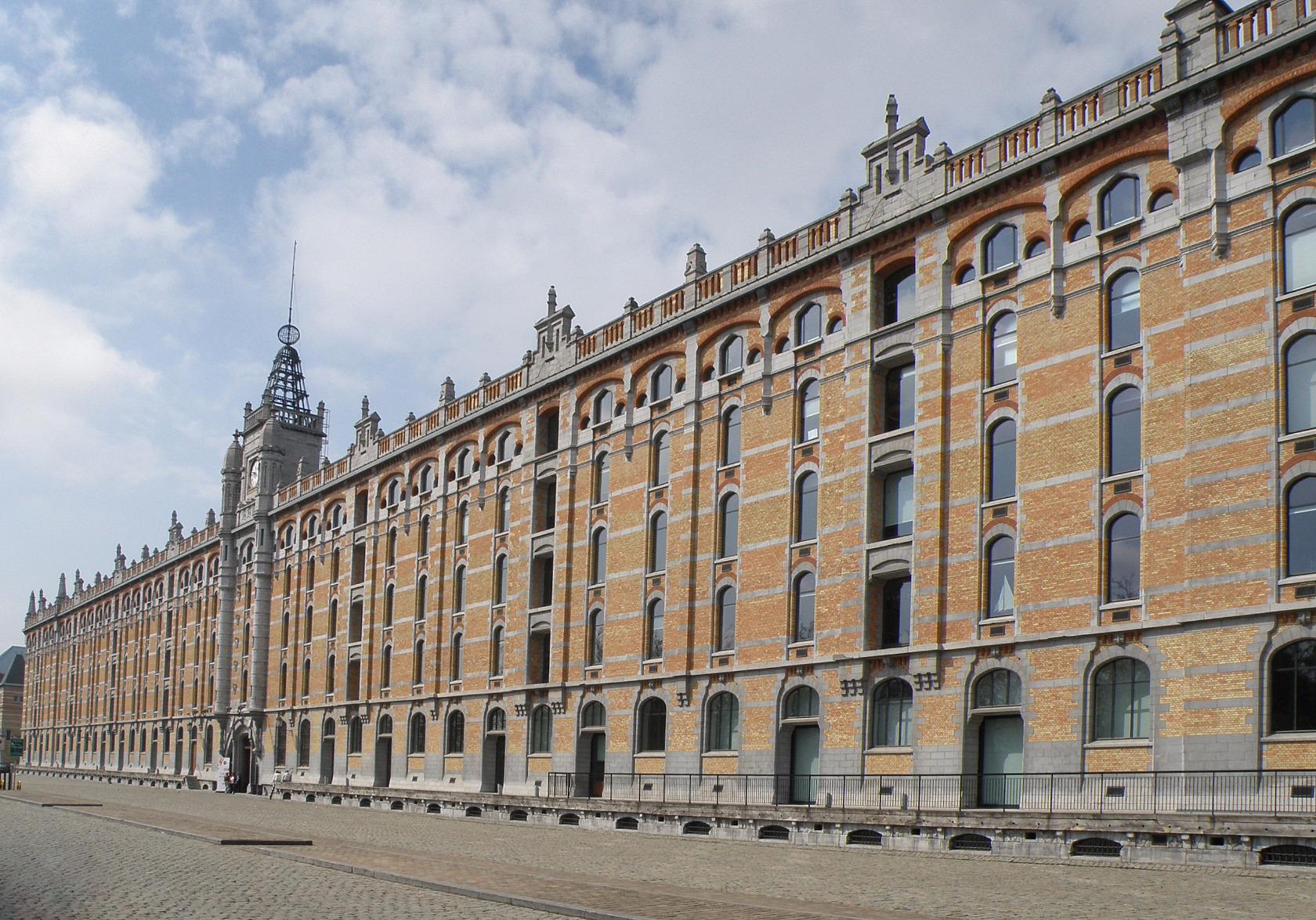