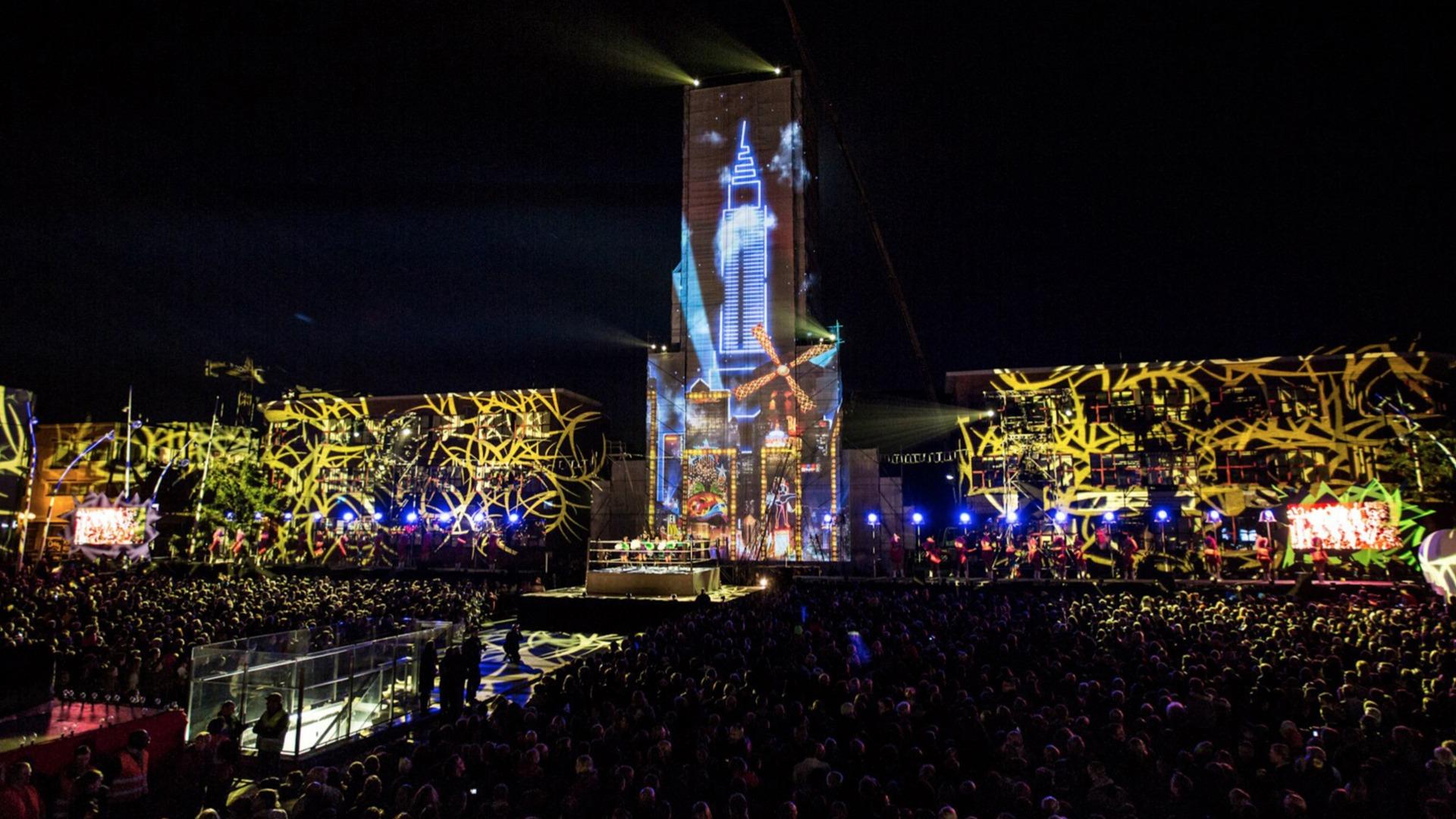 «Décrocher la Lune» is an urban opera organised by the internationally famous artistic director and  director Franco Dragone, that stands in the tradition of folk-festivals.

This general public event  of street arts gathers numerous cultural players and citizens to make a living fresco that illuminates the city of La Louvière (Belgium). Circus, dance, theater, decorations, giants... and many other suprises were present.

Our video mapping performance was part of this scene depicting Superheroes invited to foil the Machiavellian plans of the Joker come to steal the Moon.

This edition brang together some 30 000 spectators.